You are here: Home / Case / One for all — native support for automated breast ultrasound (ABUS) in Sectra’s expanded breast imaging PACS

DIE RADIOLOGIE München is one of the largest breast diagnostics centers in the Munich area and one of few locations in Germany offering automated breast ultrasound (ABUS) examinations. The ABUS scanner automatically scans the breast and generates hundreds of slices that allow a multiplanar reconstruction in various spatial levels. Until now, breast radiologists have only been able to read these images using special applications or even dedicated workstations purchased in addition to the ABUS image acquisition units. In collaboration with specialists from DIE RADIOLOGIE, Sectra has developed new functionality to perform multiplanar reconstruction (MPR) directly in the Sectra Breast Imaging PACS — a fully integrated toolset that improves reading efficiency for automated breast ultrasound. With this new function, ABUS images can now be displayed and read in the same image window as other breast images, side-by-side with, for example, mammography and digital breast tomosynthesis (DBT) images, regardless of location.

“We mainly use the technology for early detection in women who are too young to be included in the mammography screening program,” explains Dr. Thomas Hilbertz, radiology specialist with shared responsibility for DIE RADIOLOGIE’s breast cancer diagnostics. “The ABUS offers great advantages, especially in preventive situations, because it shows the entire breast and creates reproducible conditions. If, for example, I find an abnormality in a patient at a later point in time, I can return to the earlier ABUS examination, review the images again, and see whether or not the change was there before and overlooked. This offers a great advantage compared to classic handheld ultrasound, in which only individual images are documented.”

For the visualization of the volume data sets, advanced tools are necessary. Radiologists can either use the associated workstation provided by the image acquisition manufacturer — as the Munich-based company used to do with their ABUS system — or use Sectra’s breast imaging solution directly, which is now possible since Sectra has successfully implemented native support for automated breast ultrasound without any in-between steps. This is also supported by dynamic display protocols.

Dr. Hilbertz is pleased with the new, fully integrated functionality, which provides considerable time savings for the team: “We are a large unit. In some cases, seven or eight colleagues are performing breast diagnostics at the same time. It makes work much easier if the images can be accessed from every diagnostic viewer. For example, if you have diagnosed a conspicuous finding in the ABUS and would like to perform a biopsy two weeks later. Sectra’s long-term archive keeps all prior examinations ready. The specific link between current and prior examinations, including multiplanar reconstructions, offers special support for the comparison.”

Radiologists’ expectations and requirements with regard to the Sectra PACS have been incorporated into the product development process from the very beginning. Even if the new function already offers a solid basis, there are visions for expanding the range of features further. 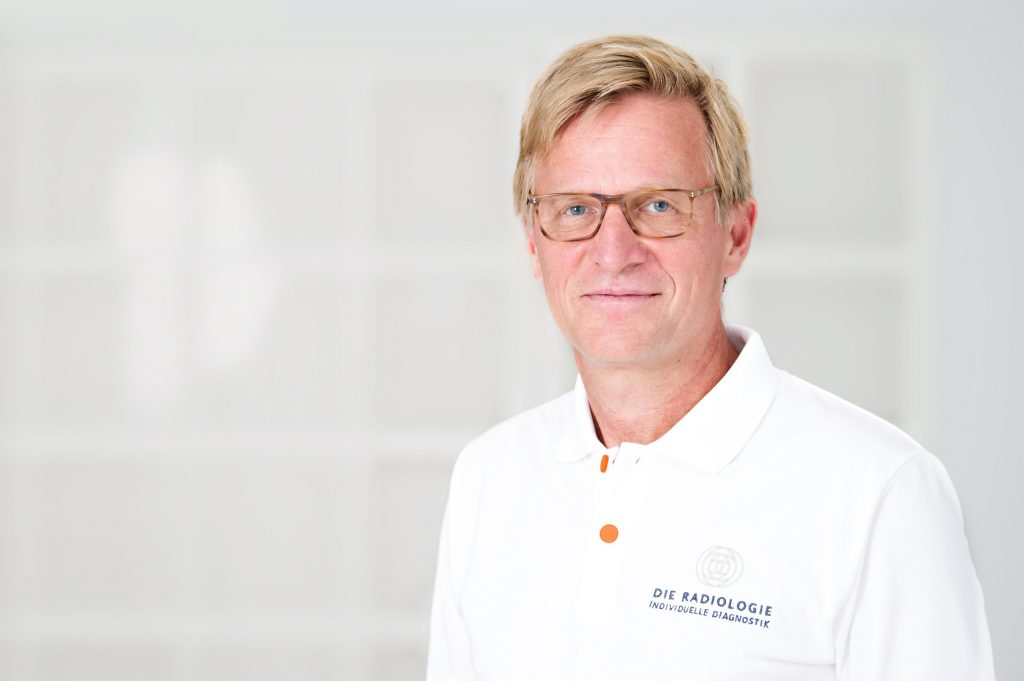 Dr. Thomas Hilbertz is a radiology specialist and has been a partner in Radiologie am Prinzregentenplatz since 1993, which in 2016 merged with Radiologie München Zentrum and has since been known as DIE RADIOLOGIE München (Munich Centre for Radiology). He is the physician responsible for the German Mammography Screening Program in the Munich North region.