A case study on eight hospitals to find the best practices to add different “ologies” to the imaging platform on the journey toward a complete enterprise imaging solution.

By investigating eight successful enterprise imaging (EI) implementations, we developed a general best practice in terms of the order to add different “ologies” to the EI platform. Below is a snapshot of the ologies most suitable for adding during the first three years. The full analysis is found in Table 2 further down on the page. 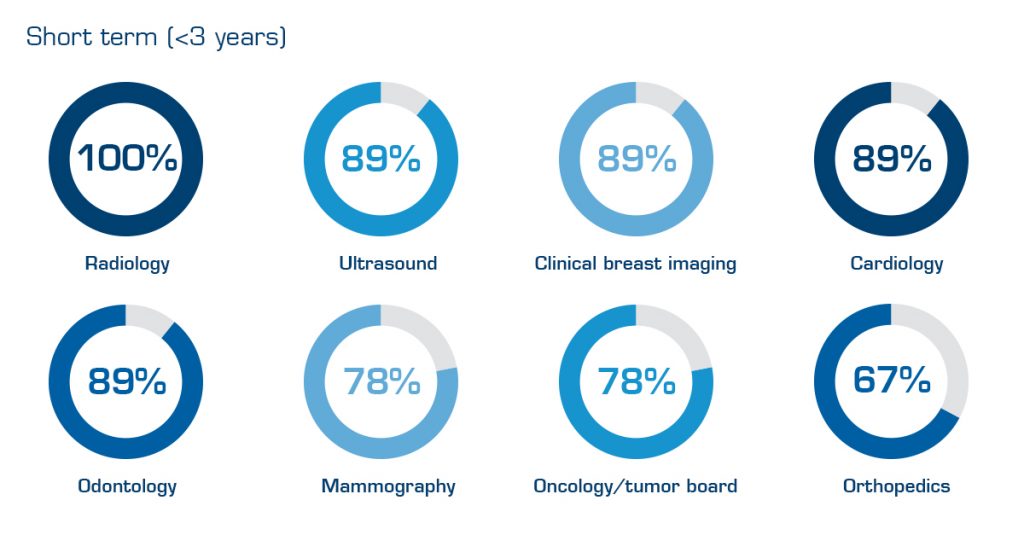 Table 1. Best practice on which ologies to add to the EI platform during the first three years. Percentages show how many of the eight hospitals to date (Dec. 2019) have added a specific ology to their platform.

The study group also identified five general conclusions on factors common for successful EI implementations. The most important were:

Today, implementing an EI platform is a top priority for many health providers. Key drivers include the clinical, economical and organizational benefits of having one system to use for all medical imaging and multimedia in lieu of separate departmental IT systems. These are often unable to communicate with each other or to provide specialists with one integrated and efficient workplace.

Many providers have already started their journey toward full enterprise imaging. Some of these have extended to “enterprise radiology,” with multiple sites working from the same radiology IT platform, while adding other ologies to this same platform. Others have embraced more of a bottom-up approach adding a Vendor Neutral Archive (VNA).

Regardless of approach, we see some projects moving forward more easily than others. Steve Holloway, Principal Analyst at Signify Research, published an article[1] in 2019 proposing a 3-tiered approach for adding ologies to the EI platform. This article highlighted some of the risks and difficulties with EI implementations, however, it did not address what makes a project successful and how different ologies should be evaluated as EI candidates.

After some research we selected eight Sectra EI customers based on the following criteria:

For each provider, we conducted a comprehensive mapping of which ologies they have added to their EI platform and in the order in which they did so. We also inquired as to their plans for adding new types of multimedia. The mapping was performed by gathering information from internal deployment data, statistics from the Sectra Monitoring Service, personal interviews and published customer case stories.

Based on the mapping, we calculated the percentage of hospitals that to date (Dec. 2019) had added each ology. This number was not a determining factor of the proposed order to add ologies, rather a number used for guidance in the further analysis.

The data was analyzed by the research team, followed by a creation of what can be considered as general best practicesof adding ologies. The following time period classification was used:

By analyzing eight successful EI implementations, we can conclude general best practices in terms of the order for adding ologies when adopting EI, summarized according to the table below. The percentage within brackets shows the number of providers that have included the ologies in their EI platforms at time of writing (Dec. 2019).

Table 2. Best practice in terms of which ologies to add to the EI platform during different time periods. Percentages showthe nummber of sample hospitals that to date have added a specific ology to their platform. Click here to see comments to the table.

In addition, the following success factors were identified:

Ologies considered as “low hanging fruit” should be added first to the EI platform, i.e. those posing the lowest barrier. This contributes to early momentum for the EI project by showing positive results and creates immediate favorable references.

Another identified success factor is to add ologies that have caregivers with a need, interest and ability to utilize the EI platform. Reasons ranged from improved access to their multimedia, economic gains, access to other departments’ images, and better integration with the EMR. A true example of an ology joining the EI platform with success is found in a reference interview performed at Region Värmland in Sweden where cardiologist Edit Floderer saved 5–10 minutes per patient for each ultrasound examination performed (read the article Swedish county council shows the way to a successful implementation of enterprise imaging).

These days, I save five to ten minutes per patient for every ultrasound examination.

Edit Floderer, Senior Physician and Cardiologist at the Cardiology and intensive Care Unit at Central Hospital of Karlstad

Make sure to have strong IT support in the implementation group and include members from different user groups. This is necessary to attain high usability and acceptance among physicians. Some specialists will be able to use diagnostic tools and workflows provided by the EI platform, while others will need their existing best-of-breed tools integrated and new workflows created. Creating efficient diagnostic tools and workflows can easily be achieved through a collaboration between IT and the end users of the EI platform.

The departmental level of digitization and ability to produce standardized multimedia are also important aspects to consider, including the maturity of the equipment and IT systems used today. For example, to add pathology, the department must be able to scan their images and produce whole slide images (WSIs). Dermatology and Ophthalmology are two other areas were the level of standardization matters since the current DICOM adoption is low.

Another factor that most providers mentioned as a success factor is to involve members of the EMR team in the implementation project. This is crucial to establish tight and efficient integrations between the enterprise imaging system and the EMR, which is paramount for obtaining acceptance from physicians and other new users of the system.

Another discovery, in line with Signify’s report previously mentioned, is the growing interest of adding pathology and oncology to the platform. This is being driven by the pathology DICOM standard and is increasing the momentum for more widespread digital pathology adoption as we witness several FDA approvals on their way for primary diagnostics in the US market. Adding oncology is primarily driven by a need for a joint platform in the multidisciplinary team meeting to bring together data from radiology, oncology and pathology.

A common denominator among providers is that most have expanded their radiology PACS to other ologies rather than implementing a separate VNA from a third-party vendor. However, the limited number of case providers in this study makes it hard to draw any general conclusions and the topic needs further investigation.

In total, implementing EI can be a risky, complex and costly undertaking for any health provider. By focusing on the order of adding ologies and through adhering to best practice, providers can facilitate the journey toward full enterprise imaging, with significant impacts such as time savings, cutting costs, improved user satisfaction and better patient care as results.

Prepare your enterprise imaging for digital pathology: 6 areas of guidance for a successful solution evaluation