Machine learning in radiology—reflections and predictions

You are here: Home / Resources / Machine learning in radiology—reflections and predictions

Leading up to RSNA 2017, we published a report discussing our findings from talking to radiologists about where they see an added value of machine learning (ML) in their daily work. With RSNA in the rearview mirror and with ECR just approaching, I thought it would be relevant to spend some time comparing the findings of the report with what we saw at RSNA 2017, and discussing what we might expect at ECR 2018.

Sending patient data to the cloud

During RSNA 2017, a number of vendors presented various platforms or marketplaces for artificial intelligence (AI). For example, Arterys with MICA, EnvoyAI with EnvoyAI Exchange, Nuance with Nuance AI Marketplace, and Blackford Analysis with Blackford Platform (I have probably forgotten some). All which are intended(?) to be cloud-based and with no on-premise computations. Hence, they will require that patient data is safely and securely transmitted between the local network of a hospital and the cloud where the respective AI apps reside. This is possible to do—considering both technical and legal perspectives—but still we found in our report that some radiologists are reluctant to send data outside of the hospital’s local network. I expect that the question regarding data sharing will receive a lot of attention at ECR 2018, especially as GDPR will be enforced later this year in Europe. 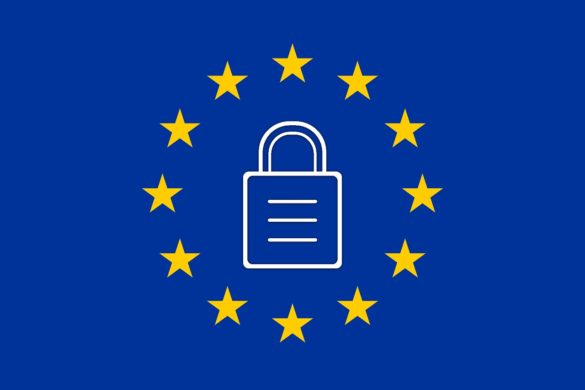 Getting AI applications into the workflows

Although many platforms or marketplaces for AI were presented—and already claimed to have integrated many AI apps from various vendors—very little time or energy was spent on discussing how these AI apps will reach the end users, i.e. the radiologists or other healthcare personnel, and become available and integrated within in their daily workflow. Despite that many of these AI platform vendors position themselves as PACS agnostic, few if any discussed how to integrate a PACS or an enterprise imaging solution with their respective AI platforms. This is a shame, since successful workflow integration of AI apps will be of pivotal importance to ensure radiologist acceptance—if it is cumbersome to use there will be no acceptance. However, a successful workflow integration will also affect how the black box nature of deep (machine) learning is perceived and can also have legal implications.

In our report, we used a clinical story to guide respondents through the survey. In our clinical example, the use of various AI apps was tightly integrated into their workflow, i.e. it was perceived to be one single system. This was probably one of the reasons for the very positive response from the surveyed radiologists. If instead, we would have described a workflow containing a main system for image viewing but with various smaller systems containing the various AI apps, and that the radiologists would over and over have to switch between the different systems to access the AI apps, I am confident that the surveyed radiologists would have responded very negatively. Hopefully, we will see more AI vendors at ECR 2018 discussing how their AI apps can be effectively integrated into the radiologists’ daily workflow, however, I would, unfortunately, not expect this.

Image diagnostics continues to play the lead role when discussing AI and ML in radiology. This is partly expected as the use of AI to review and diagnose images is perceived more cool and sexy than just automating parts of an administrative workflow. It is also partly because the radiology data that is openly accessible is image data. The exception here is the major PACS vendors who have access to other types of data and who often “owns” large parts of the radiology workflow. Hence, having the incitement to build AI apps for workflow support. Examples here are AI and ML for supporting clinicians during order entry, protocoling studies, gathering relevant clinical background information, or hanging examinations based upon individual preferences.

Other more minor observations from RSNA 2017 are that the interest for radiomics and population imaging continues, to some extent with renewed interest because of deep learning, but still it remains more of a research topic than something for clinical use. Another observation is that regulatory clearance remains a hurdle for many AI vendors even though there are AI vendors with both FDA approvals and CE marks, showing that it is possible. However, FDA has initiated several investigations and published some guidelines regarding regulatory clearance of medical software and decision support systems. A related observation is that continuous learning based on user feedback obtained from system usage still is a big no-no, not only from a regulatory perspective but also from a user perspective, where radiologists depend on their systems to perform similarly over time. A system that often changes its performance from one day to another will have a difficult time building user acceptance.

The AI hype has not peaked just yet

Overall, the interest in AI and ML was even greater at RSNA 2017 compared to previous shows. A few months before the event, I shared a link to an article claiming that the AI hype had already peaked and that we need to prepare for moving away from the peak of inflated expectations. However, as healthcare often lags the technology developments or hypes in other industries, it came as no surprise that the interest in AI and ML reached even higher altitudes at RSNA 2017. 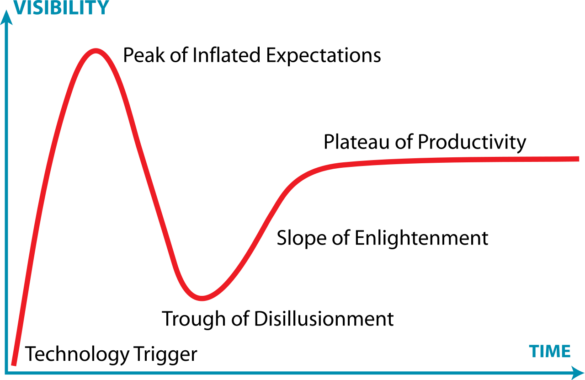 A great new initiative at RSNA 2017 was the Machine Learning Showcase area, which gathered most vendors active in AI and ML domain. Rumors said that at times it was almost impossible to get into the area because of the massive interest from the visitors. Unfortunately, I was not able to visit the area myself during normal show hours because of my own fully booked demo schedule to showcase our own ML apps and 3rd party ML integrations—essentially doing demos all hours of the show and then some. For ECR 2018, expect that we are not past the AI hype peak, but that both vendors and visitors will discuss AI and ML even more this year. Note, that as we draw closer to the AI hype peak, we need to be cautious that if AI soon doesn’t start to deliver value the fall into the trough of disillusionment might become very long for some.

If interested to find out more about the work Sectra is doing within ML and diagnostic imaging, please reach out directly to me or join us at an upcoming event.

This article was originally published on LinkedIn: Machine learning in radiology—reflections and predictions