Driving the transition to digital pathology

The RCPAQAP partners with Sectra to evolve External Quality Assurance

You are here: Home / Case / Driving the transition to digital pathology

The Royal College of Pathologists of Australasia Quality Assurance Programs (RCPAQAP) offers a comprehensive range of External Quality Assurance (EQA) services to pathology laboratories around the world. The RCPAQAP has partnered with Sectra since 2017 to advance its EQA programs with digital histopathology, cytology, haematology, and microbiology services. For Chief Information Officer Derek Holzhauser, the aim of the programs is to progress the field of pathology and “help improve a laboratory’s performance by providing educational feedback.”

Going beyond the microscope

Since the Quality Assurance Program (QAP) began in 1968, there has been an evolution in how the organisation thinks of providing External Quality Assurance (EQA) to the pathology community. According to Marketing & Communications Manager Michelle Keays, “the role of EQA in our industry is to improve practice and reduce risk to patients”. She continues: “Before images were distributed digitally, the predominant workflow was to mail out physical glass slides to each laboratory. Since the RCPAQAP often needs to have one image looked at by hundreds of pathologists, they had to rely on laboratories to pass the slides on or send them back for the QAP to redistribute—a logistical and quality control nightmare.” This presented consistency and scaling challenges for the organization, which is why they were eager to move to a digital pathology workflow.

The QAP was an early adopter of digital pathology, starting with DVDs in 2009 before moving to USBs and flash-based programs. Transitioning to a digital workflow meant they could reimagine the distribution of samples and increase the reach of the programs—allowing every laboratory to see exactly the same slide. However, early digital solutions could not perform as reliably as the microscope: features such as focus stacking or Z-stack microscopy were unavailable, the flash programs were clunky and insecure, and they often could not handle low network bandwidth and connectivity issues. These were some of the main reasons that the QAP turned to Sectra. 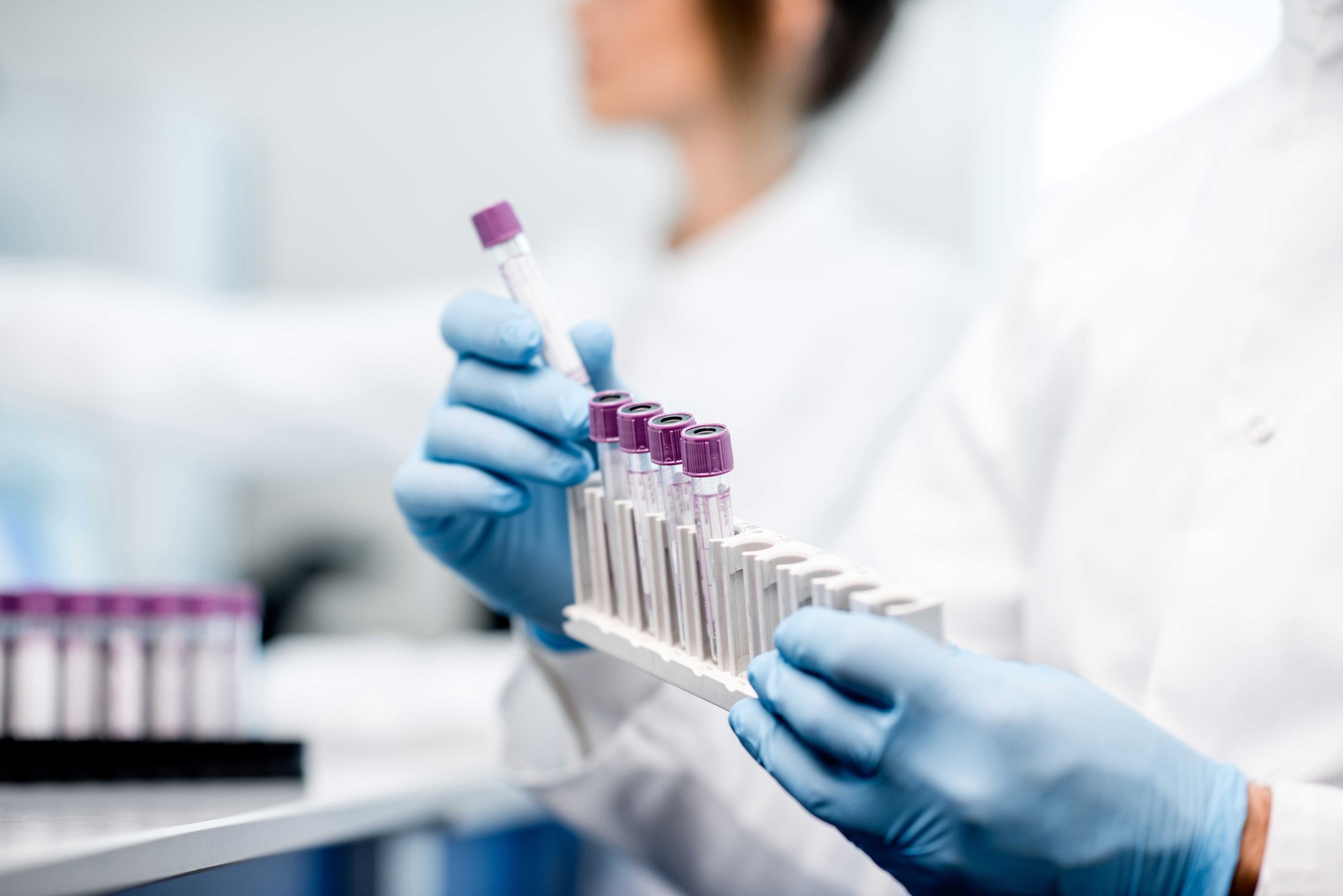 An open philosophy to pathology

When the RCPAQAP went live with the Sectra platform in 2017, it was an opportunity to expand its reach to new customers and deliver pathology samples in a faster and more effective manner. For Michelle Keays, it was simple: “The further reach we get, the more laboratories around the world can improve.” It was therefore critical that the digital pathology solution be as accessible as possible.

The QAP turned to Sectra UniView—our universal viewer—to fill this gap. The new digital solution gave them the flexibility to share images and cases with customers all over the world, while promising them the security and reliability they needed. Critically, Sectra UniView proved to be a true “platform-agnostic solution”, as CIO Holzhauser puts it, giving users the option to easily access cases from a wide range of devices, whether it be Windows, MacOS, or Android and iOS. The web-based platform was the key to allowing customers to work from wherever they needed to—meaning users had the same features and productivity from the office, at home, or on the train.

Sectra gives us an advantage and a bigger reach into the global market.

According to Derek, another reason for the QAP to choose Sectra was the company’s endorsement of vendor-neutral pathology. With support for standards like DICOM and HL7, as well as proprietary file formats and integration protocols, the QAP could integrate with their choice of scanners, cameras, and other imaging systems.

This is becoming particularly important as they are increasingly working with various AI providers. Through the Sectra Amplifier Marketplace and our image analysis API, Derek and his team can integrate with a selection of third-party AI applications or share their own algorithms. For instance, they are not locked into using one scanner—they can explore “whoever is creating the best scanner available at the time” and connect it to the Sectra Enterprise Imaging system. “Sometimes, the best scanner for the QAP is a research-style scanner that can do ultra-high resolutions, while other times it is a high volume, high throughput clinical-style scanner,” says Holzhauser. He adds: “That is one of the reasons we chose Sectra: it could handle any scanner we wanted to use.”

Unlocking the benefits of digital pathology

As the COVID-19 pandemic started making headlines in 2020, the collaboration tools and digital features of Sectra’s medical imaging platform proved to be immensely beneficial for the QAP. Lockdowns and border restrictions added pressure to already stressed registrars who needed to sit their exams in-person at the QAP’s headquarters in St. Leonards, Sydney. Thankfully, since much of their imaging portfolio was already digitized, it was a “fairly seamless change” for Derek and his team to reconfigure servers for remote access in a secure fashion—allowing candidates to complete their exams remotely.

The feedback from the candidates was that this solution was the way forward, nationally and internationally.

“Sectra’s Digital Pathology solution was a huge step up for us in terms of capability,” continues Derek Holzhauser. The QAP scans Z-stack layers for their cytology exams using Sectra’s Enterprise Imaging portfolio—our integrated imaging suite—to combine multiple images taken at different focal distances. Sectra UniView then allows them to smoothly focus through each layer on a laptop or any device, like you would on a traditional light microscope.

Despite the fact that the QAP Z-stacks are some of the largest files put through Sectra UniView at this time, the system could run these smoothly over low bandwidth connections from anywhere worldwide, which was “just incredible” for Derek Holzhauser.

Sectra Digital Pathology is a high-end digital review application that is equipped to handle large volumes at peak performance. Our solution is designed to give you the right tools to reduce report turnaround times while improving patient care, workload balancing, and sub-specialisation between pathologists.

Additionally, being able to perform all daily tasks from one application meant more efficient workflows for the QAP. “On a microscope, to compare a second biopsy to the original, you would have to find someone to get the glass slide out of storage, which can be very time-consuming”, explains Holzhauser. With Sectra’s Enterprise Imaging solution, you can simply pull the images up side-by-side on the application—making it easy to compare changes, create reporting notes, or for complex cases, collaborate with other specialists around the world. The QAP also uses Sectra to power its training library, where trainees can find unusual or rare cases to support their learning.

You could have every specialist head around the world viewing one case, all at the same time or in their own time, and that is huge.

Digital: the future of pathology

Despite these benefits and the recent progress in whole slide imaging technology, there is still some hesitancy within the industry. Derek Holzhauser states: “The upfront cost of digital is still perceived to be too high and many pathology laboratories still see the cost of purchasing scanners and storage space as significant barriers. There is also a fear of digital, and some wonder: ‘Is it going to take my job?’ “. However, he counters: “Several studies have shown that there are long-term cost savings and collaboration opportunities to going digital—AI and digital are complementary tools for pathologists, not replacement objects”.

“Digital is the future of pathology. The slide image quality is improving and can now match the quality of traditional microscopes, scanners are getting faster, and the integration of AI algorithms is going to change the way pathologists work,” says Derek.

Nevertheless, Michelle and Derek stress the importance of partnership for transitioning to digital pathology. Michelle states that, while some suppliers will push their solutions and try to fit you into a box, the process has been different with Sectra: “It has never been about ‘this is what we do, listen to us’. It is about how we get the best outcome for both parties.”

Sectra has always done the utmost to see what they could do to solve our challenges. It has been a rewarding partnership for both organizations.

Moving forward, the QAP is looking to see how they can use digital pathology and AI to speed up the technical assessment process. The quality assessment of the staining of a slide is currently being done manually by a technical advisory committee, but using AI as part of the process could help increase scoring consistency and improve turnaround times. Derek and his team are also looking for ways to add new programs to the platform and expand their offering to trainees and experienced pathologists.

Derek concludes: “Pathologists need to drive the change. Digital pathology is a significant change to how we work. However, it will undoubtedly deliver huge benefits to the pathology community and ultimately, to patient safety.”

At Sectra, we work towards a vision of patient-centred healthcare, where images and data follows each of your patients during their care journey. With close to 20 years of experience supporting healthcare providers in Australia and New Zealand, our local team is committed to turning that vision into reality for you and your patients.

Region Skåne, Sweden
Advice from one of the world’s largest digital pathology implementations